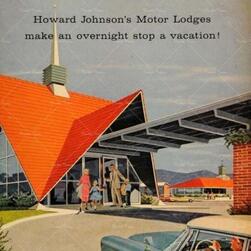 There was no home-base meeting place available and meetings were scheduled at various intervals at libraries and other public meeting places in the Northwest Indiana area. Places included were in St. Joseph, La Porte, Starke, Porter, and Lake Counties. Among these were the Michigan City Yacht Club, South Bend Public Library, Valparaiso Library, Howard Johnson’s Portage Motel, Bethel Presbyterian Church at Union Mills, and the Purdue North Central Campus among others. At times, meetings were held in conjunction with workshops or special conferences being held in the area such as South Suburban Illinois Genealogical Society Workshop and the Thirteenth Annual Northern Indiana History Conference at Hammond.

During the years following the organization of this society, other societies started within the area with coverage of a particular county. The Genealogical Society of Southwest Michigan was formed and with them, the first combined meeting was held in Berrien Springs, Michigan, with that society as host. It was held in the restored Berrien County Court House and the speaker was a Mr. Powell of Owosso, Michigan.

In 1980, Northwest Indiana Genealogical Society hosted the event which was held at the Michigan City, Indiana Holiday Inn. The speaker was Miss June Barekman whose topics were “Tracing Your Swedish Ancestors in America Before Going to Sweden” and “Researching in Indiana.” Other participating societies were Elkhart County Genealogical Society, Genealogical Association of Southwestern Michigan and South Bend Area Genealogical Society. The welcome was given by the President, Ruth Blake.

In 1980, it was suggested that the past chairpersons of the Combined Meetings meet to set guidelines for future meetings and that a written account of the expenses be given to each participating society. The 5th Annual Combined Meeting was hosted by the Southwestern Michigan Society and was held at Deutsche American National Kongres Clubhous in Benton Harbor, Michigan. The speaker was Ronald A. Bremer, of Salt Lake City, Utah, a professional genealogist, author, and lecturer. His topic was “Ways to Present Genealogical Findings in Narrative Form” and also “Solving Stone-Wall Problems.”

The 6th Annual Combined Meeting was held at the First United Methodist Church Social Hall in South Bend with that society hosting. The program was five rotating workshops:

In 1983, Elkhart County hosted the event at Port-A-Pit Banquet Hall in Wakarusa, Indiana. Mr. Merlin Finnell of Monticello, Indiana, gave a slide presentation of vacation trips to Germany in 1977 and 1980 and to Ireland in 1978 and 1979 to illustrate his talk. The next year’s meeting was to be hosted by Northwest Indiana Genealogical Society and Fern Schultz and Holly Jenks were appointed to co-chair the committee.

The 8th and final Combined Meeting was held in 1984 at the Golden Sands Plaza in Michigan City. Speakers were Carol and Don Schiffman whose topics were “Old Documents and Photography” and “Beyond the Vital Records.” Mrs. Lee (Celia) Parsons extended the welcome. Because of a number of factors, including cost and the number of societies now in the area where programs were available on a regular basis, attendance had dropped off at these combined events. No plans were made for any future meetings.

The Northwest Indiana Genealogical Society planned trips to places such at the Newberry Library in Chicago and trips to Indianapolis to attend workshops.

Special committees were established such as the Cemetery Committee with Mrs. William H. (Pat) Harris as Chairperson and others from Lake, Porter, LaPorte, and Starke Counties to assist. It was indicated that a member would soon by added from St. Joseph and Marshall Counties and information gathered by the committee would be published in future newsletters. Mrs. Gertrude Flotow announced that she was indexing the Greenwood Cemetery records of Michigan City and Gretchen Tyler stated that she had completed Volume IV of the LaPorte County Cemetery Records. It was indicated that a copy would be donated to the Allen County Public Library in Ft. Wayne who would in turn make copies for the Northwest Indiana Genealogical Society.

In 1979, it was reported that a copy of St. Stanislaus Cemetery records of Michigan City, which had never been recorded, had been obtained. This included a complete record of 1898-1979 and one copy had been made for the shelf at the Michigan City Library and a copy was authorized for Northwest Indiana Genealogical Society for their library. In 1982, Mrs. Flotow announced that the Greenwood Cemetery books had been indexed on cards and were at the cemetery office.

A special memorial fund honoring Elvira Oakes was established June 24, 1972. Miss Oaks was a member of the Board of Trustees and had dedicated more than forty-three years of her life to genealogical service to many persons. She spent much time, effort, substance, and ability in recording the names and records of those buried in various cemeteries of LaPorte and LaPorte County. The fund was for the purpose of publishing these records, which would comprise valuable genealogical and historical information locally to many now and throughout the coming years.

Though the Society’s book collection was small, it represented a good beginning to which the Society would add as many volumes each year as financially possible. However, it became increasingly difficult to find a central location to house the collection. They were kept for some time at the Purdue North Central Campus, but at that location they were not always readily available. In 1981, it was suggested that the Porter County Public Library and the LaPorte Library be contacted and asked about keeping the collection six months of the year each. Neither location had shelf space where the collection could be kept aside from their own collection. It was decided that the Society should quit buying books and in 1984, the books were made available for purchase by individual members. All were purchased with two exceptions: one was given to the Merrillville Library and another was given to Evelyn Roorda for placement in the DeMotte Library.

The Society was the recipient of the genealogical collection of George Irgang who died March 13, 1983. He was a charter member of the society. He had a considerable library of reference materials. Since the Society had no place to shelf the collection, the bulk of this donation was then given to the Porter County Public Library with the remainder divided among several libraries where the particular books were not already in their collections.

It was decided in October 1977 that the society should publish a newsletter. A committee was established to handle the publishing of the newsletter. It was suggested that the newsletter be rotated to the different area groups each quarter with the group under the editorship of Elsie Pattee being the ones responsible for the publication of the first issue. This first issue was published during the first quarter of 1978. It was decided that the newsletter would be published four times a year with the next to be coordinated by Mrs. William H. (Pat) Harris, the next with the St. Joseph County group, and then with Mrs. Price of Starke County.

In 1979, the Society started publication of a quarterly newsletter. June Nicholson accepted the job as Editor this year and remained in that position until January 31, 1981. Faye Horner then volunteered to serve on a committee for the newsletter and asked that others co-edit the publication. She resigned in 1982 and Fern Eddy Schultz consented to edit the December issue and tentatively accepted the position. Although the newsletter had been officially given the name TWIGS in 1980, it did not carry this name until March 1983 issue was published.

The Society has a surname file available at all of the meetings. Members may participate by contacting the Genealogist-Historian of the group for requirements. Charles Murvihill started the file in 1981 when he was serving in the capacity of Genealogist-Historian. Individual membership in the Society was established at $3.00 per year when the Society was organized and as of June 1984, the fee was to be $6.00 per year.

As mentioned before, a number of societies have come into being within the Northwest Indiana area since 1970, the most recent being the formation of a LaPorte County Genealogical Society in 1984. With the organization of that society, Northwest Indiana Genealogical Society felt it was now time to stress genealogy in the two-county area of Porter and Lake Counties. The Society could better serve persons interested in researching if the scope of coverage were not so widespread. When the Society was first established there was not the nation or world-wide interest and county-wide society was not in the picture. South Bend (St. Joseph County), Marshall County, Elkhart County, and LaPorte County have now joined the ranks of serving individual counties. With genealogy now more than a hobby, Northwest Indiana Genealogical Society can now respond to the research needs of those with ties to Lake and Porter Counties.